Featured in the latest Pennsylvania Magazine of History and Biography, a story so rapturous I’m amazed it hasn’t been widely shared before.

The scene: Eastern State Penitentiary during the Civil War. Located on Cherry Hill at the outskirts of town, the prison was the first true “penitentiary”; that is, the first to emphasize reform over punishment. 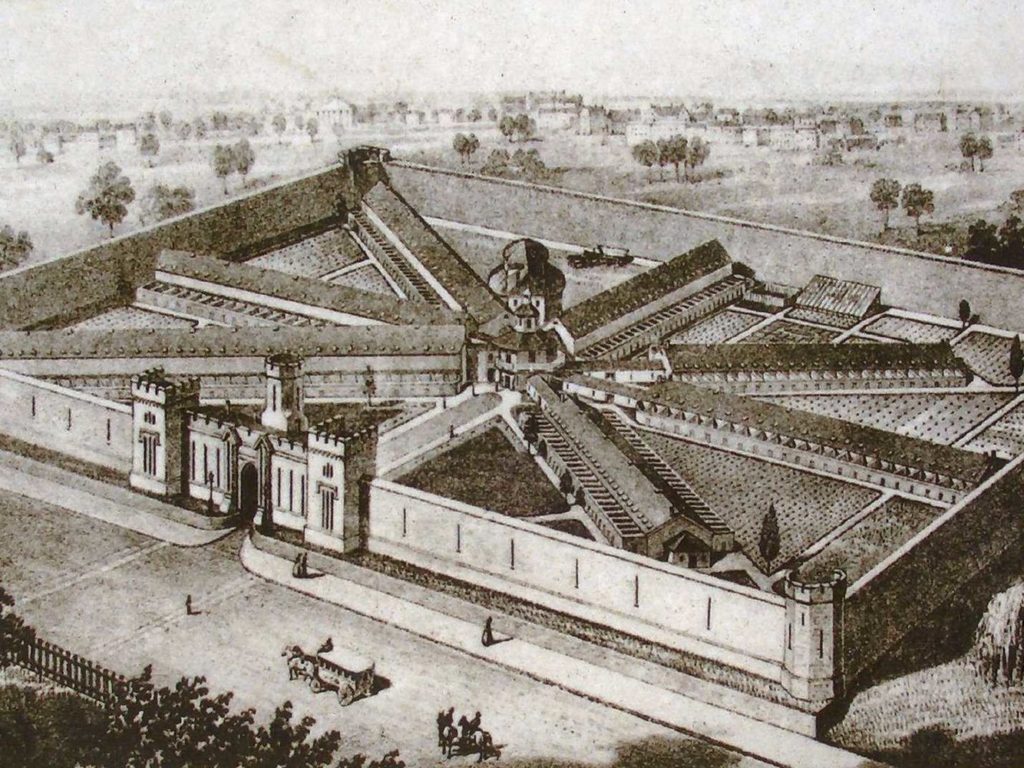 Rebecca Capobianco, a historian at the College of William & Mary, sets the scene:

Inmate number 4587, Elizabeth Velora Elwell, entered Eastern State Penitentiary in the midst of an exceptionally dynamic period of change not just for prison reform but for the nation itself. Elwell arrived on December 12, 1861, at the close of the first year of the Civil War. Convicted of larceny in Bradford County, Pennsylvania, Elwell traveled from near the New York-Pennsylvania border to the state’s eastern prison in Philadelphia.

Scant records of Elwell’s time at the prison suggest that “as well as the official record is concerned, she may well never have existed.” She does not appear in the warden’s daily journal. Per prison policy, inmates were prohibited from communicating with each other or those outside the prison. Yet intermittent caches of letters reveal that “daily realities rarely matched official policy.” In the case of Elwell, the American Philosophical Society found itself in possession of at least a dozen exchanges sent by the woman, who was likely less than 20 at the time she entered the prison.

Thanks to these letters, we discover a remarkable love story. About a year into her sentence, we begin seeing exchanges between Elwell and another inmate, #4227, Albert Green Jackson. Jackson was black and hailed from Trenton, New Jersey. A barber charged with burglary.

A close read reveals not just a literary encounter but multiple and extended physical encounters as well. Defying the stereotype of the prison as a perfect system and revealing the agency practiced by inmates, testing the rules and seeking fulfillment through the seams.

In one of the first of the surviving series of letters, she recalled to Jackson, “I take my pen inhand to inform you that my hart was very sad after leaving you to night but hope to see you every day.” A few days later, on April 22, she noted, “I am very sory you can not b in the yard eney more my dear albert.” In spite of this apparent setback, the two found other places to meet and did so on a daily basis. On April 25, Elwell stated, “My dear i am most dead every night When I come up to the old Sell and leave you my dear honey… may we see the time my dear that we will not have to go to the cole sellar to talk one woord.”

Another passage I adore:

“Dear love I have seen White men and colord men and could of hed plenty of rich men but you are the one I do love and what I say I mean.”

An element of escapism undergirds these missives; Elwell and Green were both apparently married prior to entering prison, but also fantasized about living life together after their release, and even going as far as to begin addressing each other as husband and wife.

We do not know how the story ends. We have only their letters from prison.

Green was discharged in May 1863; Elwell in June 1863. Both were stated to be staying in Philadelphia rather than returning to their states of origin. It’s left to the reader to imagine what may have happened (or not).

In closing, I’d like to leave you with a poem written by Elwell during the last months of her stay. 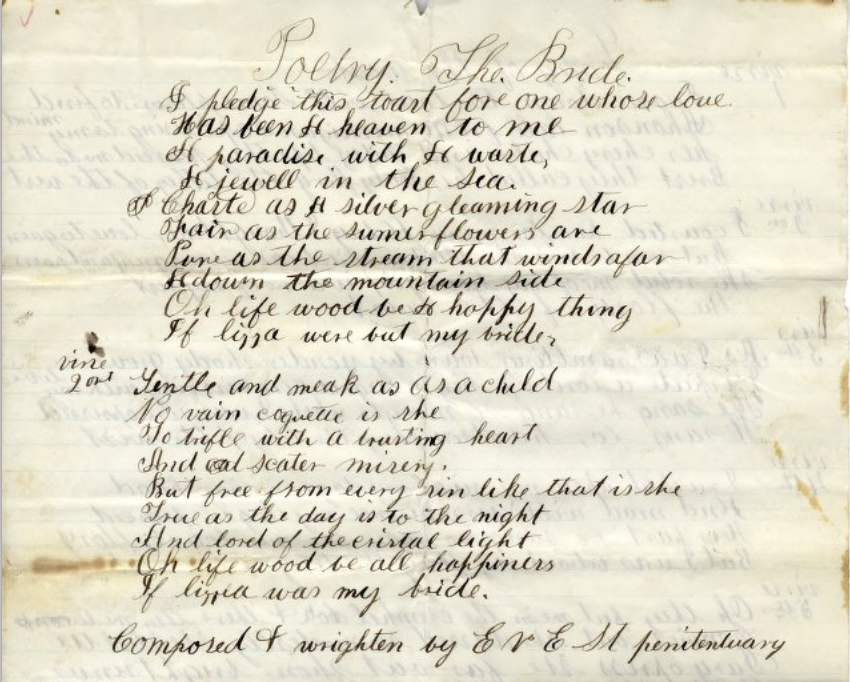 I pledge this toast for one whose love
Has been a heaven to me
A paradise with a waste,
A jewell in the sea.
A charte as a silver gleaming star
Fain as the sumer flowers are
Pure as the stream that winds afar
A down the mountain side
Oh life wood be a happy thing
If lizza were but my bride

Gentle and meek as a child
No vain coquette is she
To trifle with a bursting heart
And scater misery,
But free from every sing like that is she
True as the day is to the night
And lord of the cristal light
Oh life wood be all happiness
If lizza was my bride.

Setting up the Coral Project’s Talk product on AWS