As mentioned previously, I’ve grown enamored with railroad music over the past couple years. In these songs we find roots of the later folk music movement, which would be popularized later through the zeitgeist of Greenwich Village.

(Sidebar: I need to write about one of my favorite books of this period, a collection of poetry titled The Beat Scene, featuring a few from Ted Joans who is just excellent.)

Anyway, Elizabeth Cotton is the focus of this post. It’s black history month and as I was listening this morning, I found this article by Timeline magazine about the woman behind the music. Cotton wrote one of my all-time favorite train songs, Frieght Train. Give it a listen: 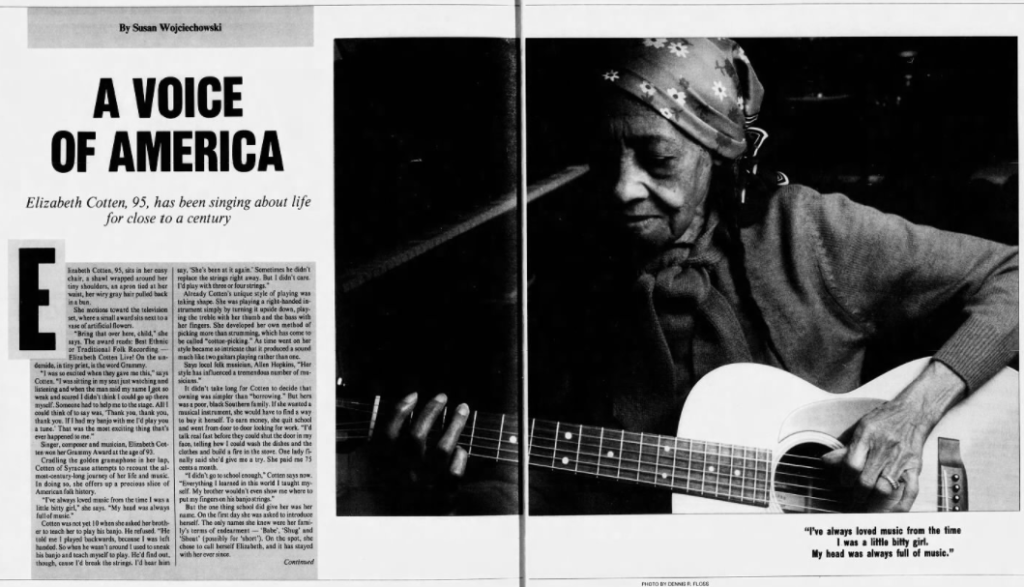 Her story reminds me of Rousseau, of his late entry into art, and how his naivety invigorated the establishment around him. It’s important that we take a minute to understand their stories; it helps us place our own paths into context & understand that worldly success often lags behind artistic fulfillment.

And by the way, if you want to listen to some more railroad music, start here: